3 Tickets to Paradise wraps at the Gulch

Comstock movie studios out of Virginia City, Nevada has been shooting around Cochise county area.

Pictured is another scene shot at Gammons Gulch of  Director Isaac Piche and Actor Marty Kove who has appeared in the films Rambo and Karate Kid.

Jay Gammons has a small speaking role as well in this film driving his 29 Model A Ford Flatbed Truck in an exciting scene. 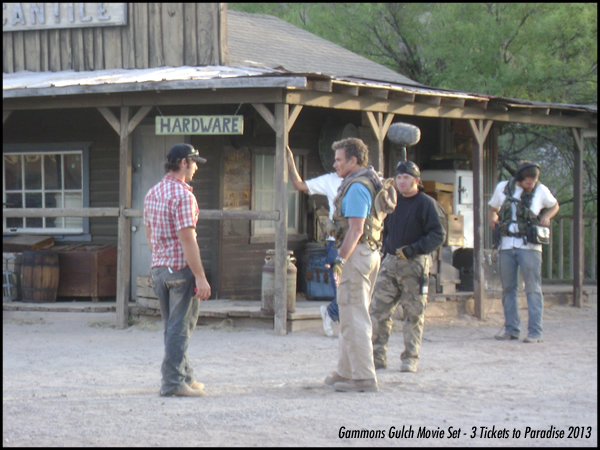